Angelina Beaglina Saves Summer is the story of an eight-week-old beagle puppy and her valiant efforts along her journey to bring back the sun’s smile (to make it shine), so she can save summer. The story not only utilizes a variety of different animals as characters (including her Grandpa Beagle, whom she starts the journey for), a rabbit named Cosmo, a wolf named Harlow, a camel named Baron, a hyena named Roxy, and a lion named Abu). It also seamlessly threads in pirates, a king named King Wenzal and his kingdom, a wizard named Mogley, and most significantly a dragon named Atticus as keys to her ultimate success. The roles these characters play in her discoveries, along with others not mentioned herein, are waiting to be discovered in the pages of Angelina Beaglina Saves Summer. This eBook will appeal to both boys and girls.

Angelina Beaglina Saves Summer’s goal is to both connect with and inspire children to face challenges head-on and to overcome difficulties – despite what anyone else thinks. The underlying message teaches children the importance of the sun to the Earth’s environment.

This eBook will take you on an adventure through many places where you will meet characters you will never forget. I’m confident that Angelina Beaglina Saves Summer will touch your heart, just as it did mine while I wrote it.

Remember to leave a comment below after you’ve finished reading it!

P.S.  Who is Angelina Beaglina?

Angelina Beaglina is my beagle niece (my older brother Ray’s dog) who now lives at Rainbow Bridge.  I love Angie like she is my own.  The plotline for this adventure story flowed out of me about a week before my stroke in June 2003; she was just about 3 – 4 months old and was my inspiration.   After spending 2 1/2 long months in the hospital (following my stroke and two brain surgeries) where Angelina visited me pretty much every day, 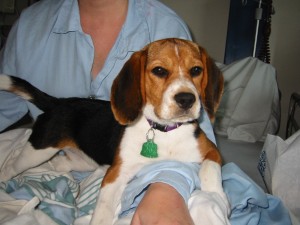 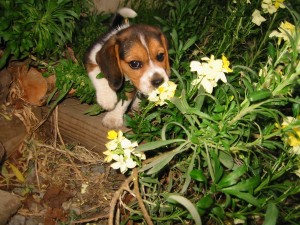 Angie’s was a full-time travel beagle – her daddy and his wife, Anne, have a truck and a fifth wheeler that they drove her all across Canada and the United States in.  Her life was rich and become a series of one adventure after the other.  As you can tell by her sunglasses and her pose it’s a good thing she spent her life doing a lot of boondocking in the desert because if the paparazzi could see that face and celebrity poses, I’d be writing a new book, Angelina Beaglina Saves Hollywood! Go Angie Go!  Love you Beagz!  Auntie Kim xoxo 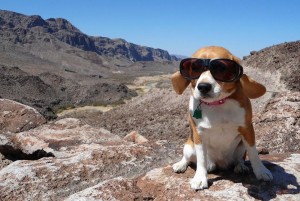 Please leave a comment below after you’ve read this eBook.  My sincere thanks